Neuroplasticity: How to Teach Your Brain New Tricks

As we adapt and regain mobility following a severe brain injury our bodies can form new neural networks.

Getting older, however, doesn’t necessarily mean we are going to experience a fall sooner or later.

Plasticity, or neuroplasticity, describes how experiences reorganize neural pathways in the brain. Long-lasting functional changes in the brain occur when we learn new things or memorize new information.

By “rewiring” our brain we can maintain mobility and agility as we age. And by keeping moving we can also help recover more quickly from strokes, the leading cause of long-term disability in British Columbia.

British Columbia is home to one person whose journey over the past decade presents a poignant example of neuroplasticity.

In 2006 Trevor Greene was working as a journalist in Vancouver while serving in a Canadian Army reserve unit when volunteered to deploy to Afghanistan. During a visit to a village in Afghanistan Greene was attacked and suffered severe brain damage.

The attack left Greene in a coma. When he awoke he could not talk and was left paralyzed — his motor cortex, which control motion, had been nearly sliced in two.

Now, nearly a decade later, Greene is talking and is learning to walk again, with assistance from researchers at Simon Fraser University.

Much of Greene’s journey from a severe battlefield injury in Afghanistan to seemingly being just steps away from achieving full mobility is documented with the book Green wrote with his wife Debbie, March Forth.

The First Step in Recovering From Brain Injury: Confronting Your Disability

In an interview with the Toronto Star, Debbie Greene, described as Trevor Greene’s caregiver, patient advocate, brain injury expert, and Trevor’s biggest supporter noted that it was important for her husband to realize the full extent of his injuries, and what it would take to make some sort of recovery:

“…I knew that if he didn’t become aware he wouldn’t be in rehabilitation long. They said there can’t be recovery without awareness. He had thought nothing was wrong with him so he had no desire to work in physiotherapy. It didn’t matter how many times I told him, you can’t get out of bed on your own, you can’t feed yourself. His brain wouldn’t allow him to realize that.”

Once Greene understood the extent of his injuries he threw himself wholeheartedly into his recovery. In the early years Greene worked with physiotherapist and an occupational therapist for at least for at least two-and-a-half hours a day.

Thanks to his almost superhuman efforts to recover from his injury, Greene said he could almost feel new pathways forming from the pins and needles in his arms or legs that mean his brain is being activated.

Trevor Greene and the Case for Neuroplasticity

A lot of Greene’s progress since 2006 demonstrates the basic concept of neuroplasticity. Greene pushed himself to “rewire” his brain and actually forge new neural networks.

Our brains are “plastic” when we are growing up as we learn language and various skills. Our brains are actually developing and transforming until our late teens (which is one reason why teenagers can often seem like they’re from another planet). As we reach adulthood the growth and plasticity of neural networks in our brains seemingly stops.

But, as physiotherapists and occupational therapists will know, people such as Trevor Greene can adapt following severe brain injuries to regain mobility and language.

This is because as we adapt and regain mobility following a severe brain injury our bodies can form new neural networks. This is why it is so important for people who have experienced stroke to begin recovery as soon as possible.

Greene appears to be making an almost miraculous recovery. In September 2015, with the help of a sophisticated robotic device he walked on his own two feet.

Create “Backup Circuits” in Your Brain as You Age 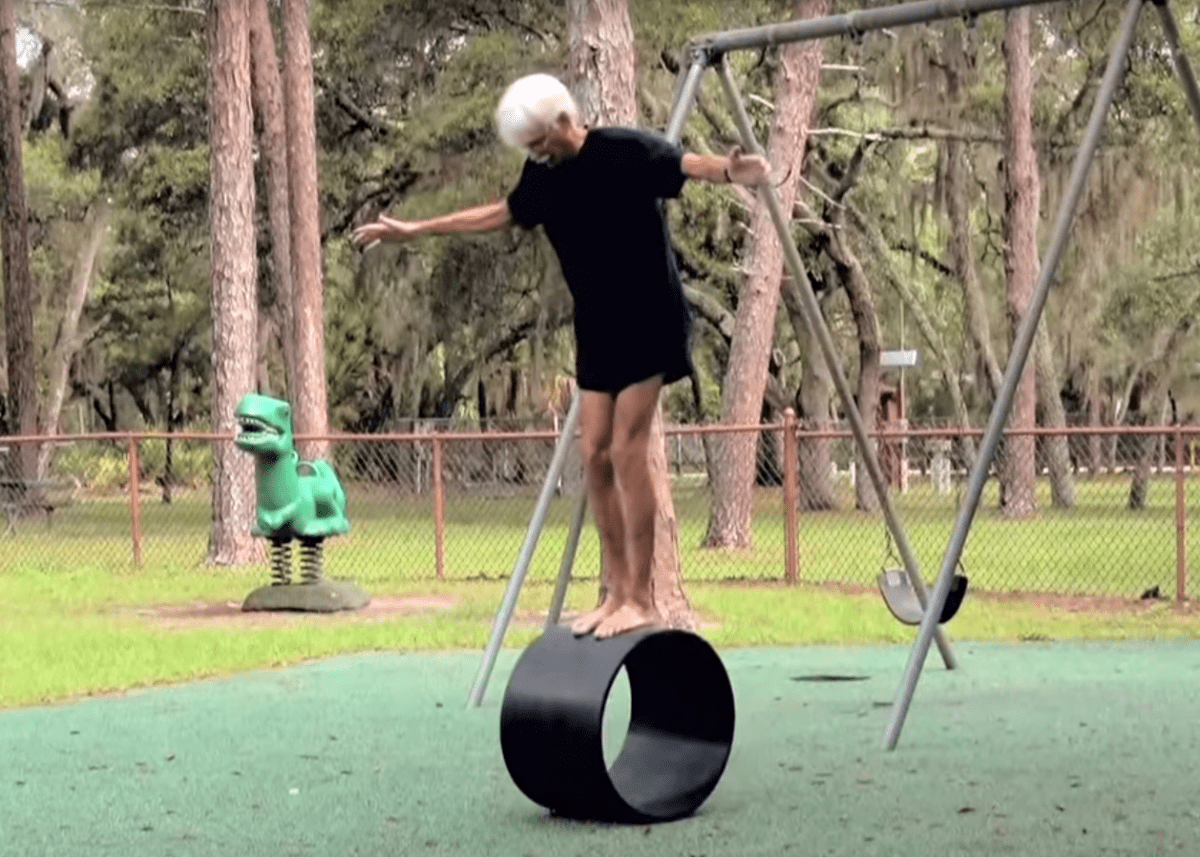 Working at developing neuroplasticity as you age can help recover from strokes more quickly should they occur, says Stephen Jepson.

The 75-year-old’s program, Never Leave the Playground, is showing people it’s never too late to improve their balance, energy and health. He believes his activities just may ward off brain diseases, such as dementia or Alzheimer’s, and can prevent one of the most serious threats to older people — falls.

“If you have stroke or other condition that affects your brain, neuroplasticity can help you recover more quickly,” says Stephen Jepson in an interview with Classic LifeCare.

“Your body has already created ‘backup’ circuits that will help speed the recovery process.”

Continuously Rewire Your Brain As You Age

Like Trevor Greene, Stephen Jepson’s efforts to continuously rewire his brain as he ages are nothing short of miraculous. Jepsen learned to snowboard at the age of 60.

At the age of 72 he decided to learning to fly an airplane. “To keep my brain in shape I have been teaching myself to juggle clubs while standing on a little piece of wood with a roller underneath,” Jepson says.

On top of that, Jepson flies around the globe, helping people create and maintain lifestyle that fosters healthy brain growth throughout their lives.

“Because sedentary life is death,” says Jepson. “Especially when we get older.”

Watching Where We Put Our Feet Helps Our Brain

Jepson thinks the shift from being hunter-gatherers to farmers has been disastrous for human beings. “For nearly two million years human beings went barefoot. We were very careful where we placed our feet. When we’re barefoot we tend to pay attention to the terrain – our feet will be put through a tremendous range of flexibility and motion.”

“Nowadays, we wear shoes and typically walk on flat surfaces. And this, combined with our sedentary lifestyle,” says Jepson, “is affecting brain development, especially as we grow older.”

Adopting a more physical lifestyle means people can continue to do physical activities in later life and maintain high quality of life as they age, says Jepson.

Learning new physical activities keeps us not only fit, but also enhances neuroplasticity to keep our minds sharp. Plasticity, or neuroplasticity, describes how experiences reorganize neural pathways in the brain.

Long-lasting functional changes in the brain occur when we learn new things or memorize new information.

Developing Neuroplasticity By Playing Games All Through Life

Stephen Jepson says the secrets to encouraging neuroplasticity can be found by looking at the games we used to do as children.

“You don’t have to juggle or throw knives like I do,” says Jepson.

Jepson says sitting in a chair and picking up marbles with your toes, or using your less dominant hand or foot – typically your left one – to do daily tasks also works.

“If you can do only one thing for your health make it to be physically active,” says Jepson. “Movement makes us smarter.”